I’m not afraid of spiders or snakes.
I’m not afraid of graveyards at night.
I’m not afraid of deep, dark water.
I’m not afraid of ghost stories or horror movies.
And stations? I make myself get on a train every day.
But I am afraid of the Brotherhood.
Normally you can see them – you know who they are, with their scarlet-checked clothes. They stand out. But today, as people hurry through the sleet to Central Station under umbrellas and raincoats and scarves, I can’t tell the difference between us and them.
I keep watch through the slanting snow, because how can you face a danger you can’t see? A person who looks like any other person, but who secretly wants to kill you and everyone like you? I don’t know why I’m thinking like this now, when I have to make this journey to school every day. What would the odds be, for me to be caught up in another bomb at Central Station?
Slowly the crowd funnels into the station.

When K narrowly survives a bomb attack, she agrees to go undercover with the radical young group held responsible.

She’s determined to bring them to justice, but soon even enemies become real people.

When she falls in love, K discovers that things are not black and white …

“The plot twists and turns … There are echoes of Orwell and Kafka in this tense thriller, which thoroughly respects its readers’ intelligence.”

“A timely and riveting debut thriller about tolerance and the complexities of truth.”

“From the very first pages to the nail-biting finale, Waudby keeps the reader on edge as we accompany K on her journey of self discovery … ONE OF US is a skilfully crafted, tension filled book with a timely plotline and wonderful characters and left me feeling both satisfied and intrigued to read more from Jeannie. Highly recommend.”

What Danielle Did Next

“With echoes of real life this is a hard-hitting read with a strong message about right and wrong.”

“An excellent and often times topical debut shrouded in suspicion and paranoia.”

“[A] cleverly plotted vision of a frighteningly believable and recognisable country … the overall effect is powerful and satisfying. Very much a thriller, with a strong element of romance, this is an accomplished debut from an author I’ll be looking out for in future.”

“Jeannie Waudby’s thought-provoking story continually prompts the question of who’s really the terrorist while the reader roots for K, hoping she finally realises where she belongs.” 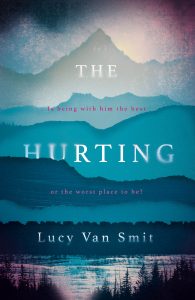 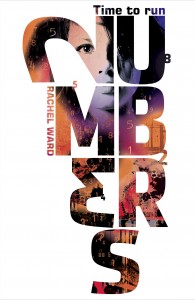