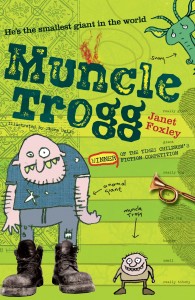 Janet Foxley is the author of Muncle Trogg, winner of the Times/Chicken House Children's Fiction Competition 2010. Since its publication, Muncle Trogg has sold to over 20 territories and was selected as a 2011 Richard and Judy Children’s Book Club title. The book is currently being developed into an animated feature film.

The second book in the series, Muncle Trogg & the Flying Donkey, was published by Chicken House in January 2012. A retired university administrator, Janet is thrilled to have achieved publishing success in her sixties. She lives in an old farmhouse in Cumbria with her husband Donald, and has three grown-up children.

Janet Foxley in the news

So you’ve written your children’s novel – or perhaps you’re planning on writing one before our 18 December deadline! – but either way you’re probably curious about what we’re looking for. Here’s a little info on past winners for an insight into ...