We are super excited to be publishing Unpregnant by debut duo Jenni Hendriks & Ted Caplan!

Sharply observed, bittersweet and perfectly striking the balance between humour and heart, Unpregnant is a road trip for our times: centring on two Missouri teens who must travel a thousand miles out-of-state to obtain a legal abortion.

‘A remarkable debut about the long and winding road of adolescence. Hilarious journeys and heartbreaking choices. Understanding what’s important and sometimes, more importantly, what’s not. It’s all here.’ Stephen Chbosky, author of The Perks of Being a Wallflower

Seventeen-year-old Veronica Clarke never thought she’d want to fail a test – that is, until she finds herself staring at a piece of plastic with two solid pink lines. With a promising college-bound future now disappearing before her eyes, Veronica considers a decision she never imagined she’d have to make: an abortion.

There’s just one catch – the closest place to get one is over nine hundred miles away. With conservative parents, a, let’s say, less-than-optimal boyfriend, and no car, Veronica turns to the only person she believes won’t judge her: Bailey Butler, a legendary misfit at Jefferson High – and Veronica’s ex-best friend.

The plan is straightforward: a fourteen-hour drive to the clinic, three hours for the appointment, and a fourteen-hour drive home. What could go wrong? Under the starlit skies of the American Southwest, Veronica and Bailey discover that sometimes the most important choice is who your friends are.

Unpregnant will be hitting UK shelves in January - keep an eye out for the movie adaptation, currently in the works! In the meantime, follow Jenni and Ted on Twitter (@jenniandted) and check out Helen Crawford-White's amazing cover below ⬇ 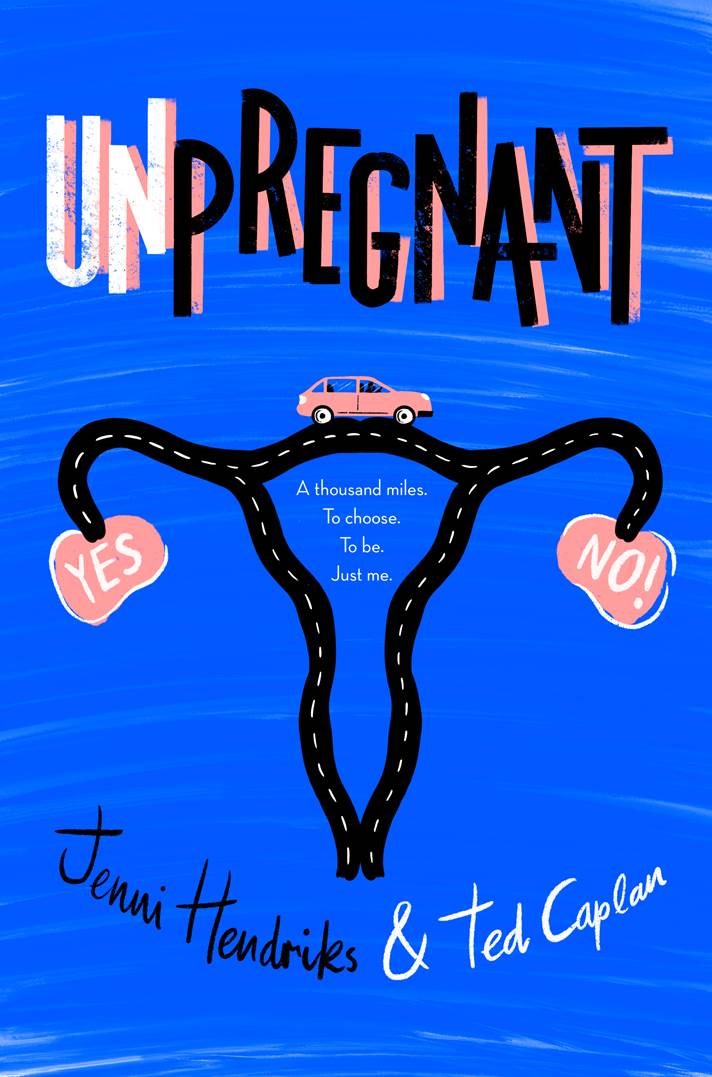