The moment is finally here! We’re delighted to announce the five manuscripts on the 2020 Times/Chicken House shortlist – squee! – and, of course, they’re a very special bunch. The longlist was incredibly strong this year, so it was no mean feat to pick the top five. So, without further ado, here are our shortlisted authors, a little bit about them and an elevator pitch on the shortlisted books. Congratulations, all! Drumroll please … 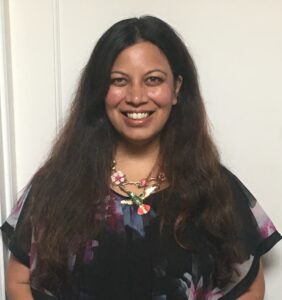 Varsha loves books that blend humour and story and has always wanted to be a writer. She has had non-fiction articles published in Legal Week, Legal Week Global, the on-line edition of economia, the on-line edition of Harper’s Bazaar, and the Times Education Supplement. A former Solicitor, she is now an English Language and Literature teacher. She has also taught English as a foreign language in Japan and Canada, and often draws on her travels in her writing.

Varsha’s shortlisted novel, Adjay and the Mumbai Rail Times, follows a twelve-year-old railway kid in contemporary India who, together with his friends, starts a newspaper on an abandoned printing press. 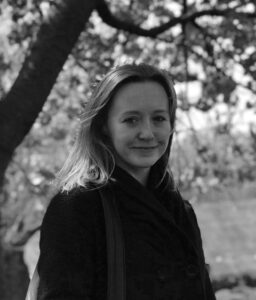 Stephanie spent much of her childhood running around the hills of north-west England, and wishing she could somehow fall into the worlds of her favourite books. After studying English Literature with Creative Writing at the University of East Anglia, she stumbled, semi-intentionally, into life aboard a boat, upon which she set off to explore the world. Having returned to the UK, Stephanie now lives on a catamaran named Excessive Penguin with her husband, two spoilt cats (rescued while sailing in Spain), and several visiting swans.

Stephanie’s shortlisted novel, Dandy Paws the Highway Lion, follows the last of London’s gentleman highwaymen. Dandy uses his ill-gotten gains to liberate animals in captivity but a private investigator is on his tail…

The Other Ones – Fran Hart 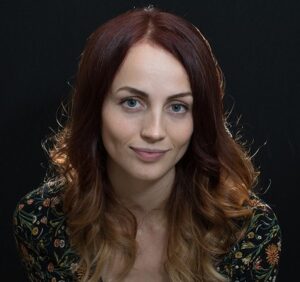 Fran is a graphic designer from West Yorkshire, who loves bringing new ideas to life in her writing. After studying English Literature for a year at university, she changed disciplines and went on to graduate with a BA in Graphic Design. She remains a self-confessed bookworm and, as a child, was regularly told off for reading under the table during maths lessons. When she’s not reading or writing, Fran loves drinking coffee, travelling, and spoiling her house rabbit, Buffy. The Other Ones is her first novel, written for NaNoWriMo in November 2019, and edited ever since.

The Other Ones is a contemporary YA ghost story with a twist. It’s a story about being different, friendship, acceptance and first love, and was written for anyone who has ever felt like the odd one out. 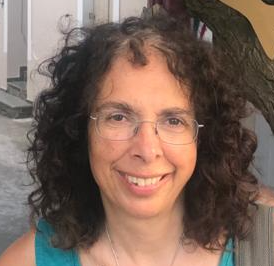 Mandy’s first writing accolade came at the age of nine, when she won a t-shirt and book token for a review of Pippi Longstocking in a school competition. Later in life, she joined the Golden Egg Academy and volunteered for SCBWI. She has been thrice longlisted for the Bath Children’s Novel Award, was one of the London Library’s 2019-2020 Emerging Writers Programme cohort and is currently a #WriteMentor mentor. When not conjuring stories, Mandy works as a supply teacher and acts as Chief Oppressor to her teenage daughters.

The Precarious Potions of Kitta Quint follows twelve-year-old Kitta on a fantasy adventure. When boasting about a family secret leads to her alchemist grandpa’s capture, she must swallow her pride and hone her potion-making skills in order to rescue him.

Waiting in the Wings – Harriet Parsons 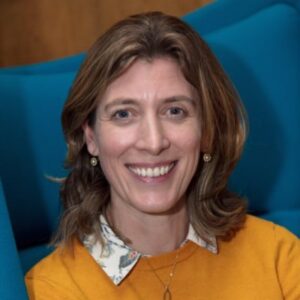 Dublin-based writer Harriet Parsons is a psychotherapist with an MA (Addiction studies) and MSc. (Psychotherapy). She works for Bodywhys, The Eating Disorders Association of Ireland. She has published several academic papers and book chapters on eating disorders. As a teenager, Harriet trained as a ballet dancer at the prestigious Perm Ballet School in Russia, graduating an ‘Artist of Ballet’ in 1995. As a professional ballet dancer, Harriet danced with the Chelyabinsk State Opera and Ballet Theatre and Moscow City Ballet.

Harriet’s shortlisted novel, Waiting in the Wings, is inspired by her experience of studying ballet at one of Russia’s top ballet schools. Her main character, Nadia, follows in her footsteps from Ireland to Russia in the 1990s against the backdrop of troubled Soviet life.

The shortlisted manuscripts will now be shared with our stellar judging panel, who will help us decide on the two winners: both will receive publishing contracts with Chicken House. We couldn’t be more excited to discover who we’ll be working with! We hope to announce the winners in mid-October, so watch this space and follow us on social media to keep up with all the latest news.

2020 has been… pretty weird so far. But thank goodness, there are still some things you can rely on: writers will write, readers will read, and the wheels of the annual Times/Chicken House Competition will keep on turning.

Sure, we’re running a little late (thank you, public health crisis) but better late than never – and we are very proud to announce this year’s absolutely stonking long list!

Our 18 longlisted manuscripts are an even split between middle-grade and teen/YA. We’re incredibly proud of this diverse bunch of novels whose settings include India past and present, Egypt, London, 1990s Russia, a dystopic near-future, a clockwork shop, a magical island, a time loop, and a haunted house.

These stories are peopled with characters as marvellous as they are relatable – a lion highwayman, a pirate captain, a carer robot, a would-be alchemist, a maid-turned-master-criminal, an amateur sleuth, a reluctant agony aunt, a YouTube star, and a spider sidekick. And that’s to name but a few! So, without further ado, here is the 2020 longlist:

Huge congratulations to our talented longlisted authors. We hope to announce the shortlist by the end of the month, so watch this space – and keep an eye on our social media accounts – for more news.

The Chicken House team reminisce over the books they've loved ...

While we’ve shouted a little about the books we’ve published that could take you away on a summer adventure, it got us thinking – what books have we enjoyed in the summers of years gone by?

Here, some of the Chicken House team have shared their favourite summer reads – and we have to say, it’s a fairly eclectic library of choices ... 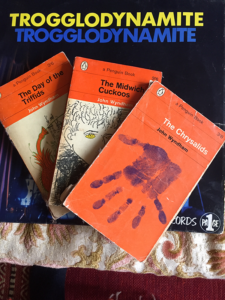 For young teens like my past self (!), I LOVED John Wyndham's science fiction and have re-read them all over many a summer.

Scary, creepy, thought provoking and strangely prophetic – here are my originals balanced on a Troggs album from same era! YA before its time. NB count the fingers – see what I mean? 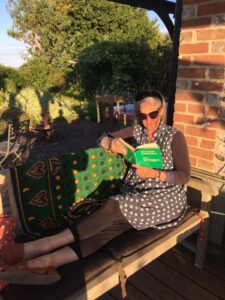 Greengage Summer by Rumer Godden is one of my most favourite summer reads.

An evocative tale that combines the long hot days of summer with first adolescent love. All told against the faded elegance of a crumbling house in France that is resonating with history and love stories – all waiting to find a conclusion ...

The first time I read it when I was thirteen, I was so sure it was going to happen to me. Am still waiting ... 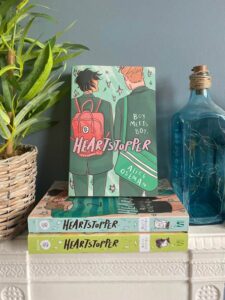 It’s so cute and wholesome and makes you feel all warm and fuzzy – tbh I would recommend it for any time of year, but especially during this tumultuous summer, it’s an ideal comfort read. Loooooove. 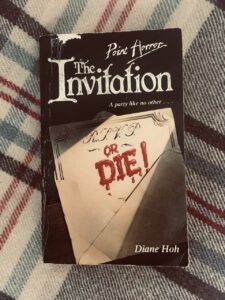 One of my favourite genres is horror – and I especially like to read it in the summer.

Who wants a cosy cup of tea when they’re basking by the pool? No, you need a refreshing icy lemonade with a sour kick! And something about this turbulent world has made me a little nostalgic for those slender, gripping Goosebumps and Point Horror books I devoured as a child.

Recently I picked up a copy of Diane Hoh’s chilling The Invitation on eBay for 90p and I am loving it – RSVP or DIE! 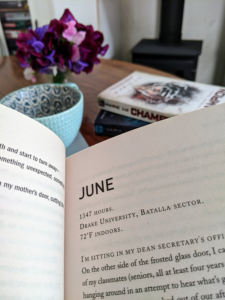 This summer has been all about the dystopia for me. In these somewhat unusual times, what’s better than reading about a post-apocalyptic society? Things could be worse, right?!

Marie Lu’s Legend series ticked all the boxes when I first started it back in 2011, and in the era of dystopia it stood out to me as one of the best of its genre; fast-paced action, intriguing plot and, most importantly, complex characters. Can’t wait to dive back in! 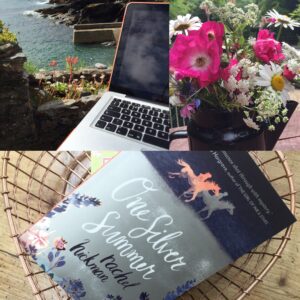 Am I allowed to pick my own book, I wonder? It is filled with summer. Indeed, it's called One Silver Summer and it is everything that I think a summer in Cornwall is – or it was, or still might be. The list of ingredients includes: the sea, horses, a small dog, an unexpected boy, a girl in search of escape, promises, secrets, mystery, and romance in wild places ... 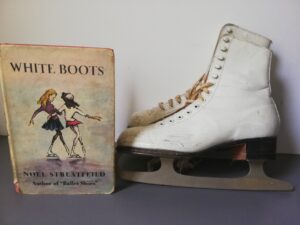 I’ve never been much of a sun-worshipper, so as a child I was always trying to find ways to be in the cool indoors and hope no one was going to make me go outside where it was itchy and hot!

One of my favourite cooling summer reads in those days was White Boots by Noel Streatfeild, a story of ice-skating and friendship and much-longed-for white skating boots. Photos are of my precious first hardback edition (1951) and a pair of slender white boots that I saw in the window of an antiques shop and had to buy … I can just about get my left toe into one … Roll on winter!

To discover a new summer read of your own, take a look at our 2020 summer reading recommendations here.