What a difference a month makes, hey!

It feels especially weird to be writing and shouting about all the new books we’ve got coming out this April given the state of the world, but with everything that's going on, perhaps new books are exactly what we – and the kids we’re supporting – need?

From intense-but-addictive dystopia in THE LOOP to the latest instalment of everyone’s favourite spider, MILTON THE MEGASTAR, there’s escapism aplenty from the coop this April. We’re also hatching some exciting plans to help you support creativity at home while the schools are closed, so keep your eyes peeled!

Keep safe, stay happy, and support your independent bookshops where you’re able. We’ve got this!

THE LOOP by Ben Oliver 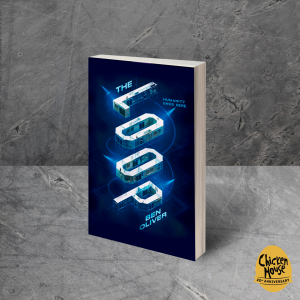 You do NOT want to miss the new YA that’s set to take the world by storm this spring.

Luka Kane has been inside hi-tech prison the Loop for over two years. A death sentence is hanging over his head but his day-to-day routine is mind-numbingly repetitive, broken only by the books brought to him by the sympathetic warden, Wren. Then everything starts to change: rumours of war are whispered in the courtyard and the government-issued rain stops falling.

On Luka’s last, desperate day, Wren issues him a terrifying warning: breaking out of the Loop might be Luka’s only chance to save himself – and the world …

MILTON THE MEGASTAR by Emma Read 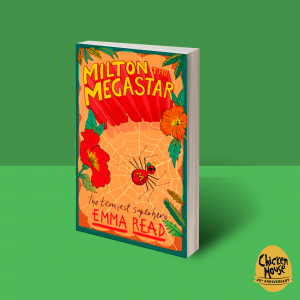 Introducing the second instalment in Emma Read’s fun, fresh spider adventure series! Milton’s superstardom is stressing him out: the events, the glamour, the adoring fans! So when the promise of a holiday to Hawaii arrives, everyone's a little relieved. But with a live volcano, an endangered spider species, an unscrupulous entrepreneur and Milton’s ego to contend with, this is hardly a restful holiday …

THE CUT-THROAT CAFE by Nicki Thornton 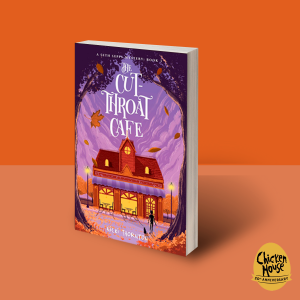 The third novel in the Seth Seppi mystery series THE CUT-THROAT CAFE, Seth and his talking cat Nightshade arrive in the magical town of Gramichee to gain an apprenticeship.

But he soon discovers that the existing apprentices are under attack at the town’s Scrumdiddlyumptious Cafe, which is far more deadly than it is delightful. Seth’s got his hands full, as usual. Can he discover who’s murdering the apprentices, and stop them before they strike again? 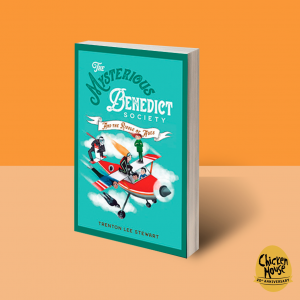 After starring in three adventures, the inimitable quartet of Reynie, Sticky, Kate, and Constance haven’t had a mission together in some time. But with the arrival of a new Society member – and a new threat – they must reunite to face dilemmas more dangerous than ever before, including the return of the villainous Mr Curtain and his Ten Men and a formidable enemy with a mystifying ability to track their every move.

Don’t forget – you can stay up-to-date on all things Chicken House by following us on Twitter.