And with that, 2022 is officially over - boy, what a year it's been! This year, we have some INCREDIBLE new adventures hitting the shelves and we can't wait to share all of our top secret book-ish info with you as the months go on. To start the year off, we have titles from C.C. Harrington, Naomi Gibson and Anna Brooke coming your way. Read on to learn more abut this fabulous January releases ... 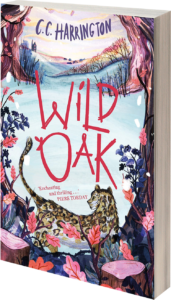 Maggie’s stutter makes going to school hard. She will do almost anything to avoid speaking in class – even if that leads to trouble. Sent to stay in the depths of Cornwall with a grandfather she barely knows, Maggie discovers an abandoned snow leopard hiding in the nearby woods. Rumpus was an exotic ‘pet’ from Harrods that proved too wild. Maggie and Rumpus build an understanding, but when the creature is spotted by others, danger follows. Can Maggie believe in herself enough to save the cub in time and the ancient forest around them?

GAME OVER GIRL by Naomi Gibson 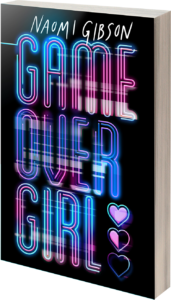 Lola’s selected to test a VR game at her new boarding school – Better Than Life. The only rule? Don’t create real people, places, or memories.

But Lola breaks the rule, building a version of the house she left behind in mysterious circumstances. In her game, her life is perfect. Soon she’s skipping lessons to play. But there’s a secret hidden in the basement of her VR house – and no matter how hard she tries to keep it locked away, dark memories start to surface. This is a game she can’t win …

Read chapter 1 of GAME OVER GIRL 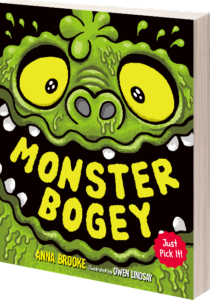 Frank has a secret: he picks his nose. But when his tower of greenies comes alive, turning into a terrifying bogey monster that escapes into the night, he has to catch the creature before the villagers of Honkerty find out …