One day soon, we’ll stop beginning blog posts with mentions of lockdowns and homeschooling and bookshops closing. While it might not be the start of the year that we were all hoping for, it is a time for staying put and looking for the silver linings.

For us (and hopefully you) that means finding joy in NEW BOOKS!

This January, we’ve three incredible middle grade adventures to share with you all. Find out more below, and remember your local bookshops in these strange times – they need us now more than ever!

It’s 1835. Cabin boy Syms Covington is on the voyage of a lifetime to the Galapagos Islands with the world-famous scientist Charles Darwin.

But when Syms falls overboard during a huge storm, he washes up on an unexplored island. Stranded there, he makes a discovery that could change the world ... Now it’s not just his own survival at stake – the future of an undiscovered species is in his hands. 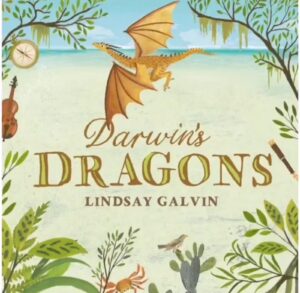 DARWIN’S DRAGONS is a rip-roaring historical adventure which is perfect for use in the classroom. For teachers, we’ve a whole host of learning materials and videos for you to use in our Schools’ Hub.

You might think that this story is going to be an intergalactic adventure filled with UFOs, black holes, killer robots and some very foul-smelling aliens. And you’d be right. But it’s mostly about a boy called Jake, his embarrassing dad, and the mind-boggling question . . . are we really alone in the universe? 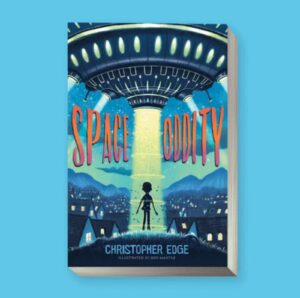 Inspired by the iconic Bowie song and from an original idea by Sarah Ryan, Christopher Edge combines science, comedy and adventure in SPACE ODDITY, featuring out-of-this-world illustrations from Ben Mantle!

Morgana Mage in the Robotic Age

Morgana loves robots and longs to attend robotics school in the city.

But she’s a witch, living in a magical woodland community: the closest she comes to technology is petting her ancient mechanical familiar, Kitty. She simply doesn’t belong. But when she finally finds a way to the City, she learns of a troubling secret hiding beneath its gleaming surface: a secret that threatens the balance of civilisation.

Caught between two worlds, only Morgana has the power to find a solution … 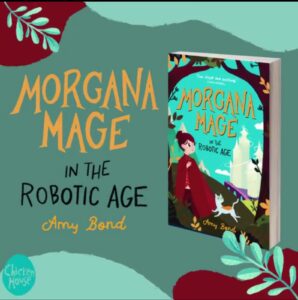 The debut novel from Amy Bond, MORGANA MAGE IN THE ROBOTIC AGE is an incredible unique and heartwarming middle-grade adventure, perfect for fans of both science and magic.

When Aster wakes alone on a tropical island, she has no idea what has happened, why she is there, or where to find her younger sister, Poppy. Meanwhile Sam, who once met the sisters on a plane, makes links between the mystery of their disappearance and suspicious happenings in his own life. In a stunning dual narrative, the truth unravels with devastating effect – and the answer lies in the secret underwater world surrounding the desert island, populated by the beautiful and the impossible …

We’re super excited to announce a brand new acquisition, The Breathing Sea by debut author Lindsay Galvin. An electrifying and unputdownable YA adventure, the novel follows a group of teens stranded on a desert island as they uncover a thrilling underwater secret … END_OF_DOCUMENT_TOKEN_TO_BE_REPLACED

*UPDATED* Online reading and COVID-19: the low down

Welcome to the coop, Melissa Harrison!