Happy new year! And we have an awesome month of books for you to start the year off RIGHT. It's still pretty cold, so why not snuggle up in bed with one of these three fabulous reads?

First up is Mafiosa, the explosive finale to Catherine Doyle's inimitable Blood for Blood series – the first two books, Vendetta and Inferno, have had rave reviews across the board. Think Romeo & Juliet meets The Godfather – but with a badass heroine, five gloriously hot Mafia brothers and plenty of action to keep you on your toes. If you haven't read them yet, what are you waiting for? Order a copy of Vendetta to get you started. We also have The White Tower, the new middle-grade novel from the author of The Wolf Princess, Cathryn Constable. Dreamy, ethereal and poignant, this is a rich and atmospheric story of a lonely girl coming to terms with the death of her best friend and finding a way to let go of her pain. 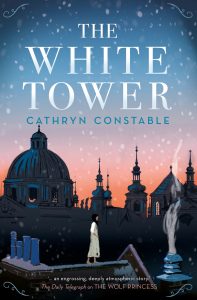 Finally, be sure to check out the second in Sarah Rubin's Alice Jones adventures, The Ghost Light. Fan of Robin Stevens or Katherine Woodfine? Love old-school mysteries and 21st century heroines? This is the series for you! Check out the first chapter of the first book, The Impossible Clue, here. 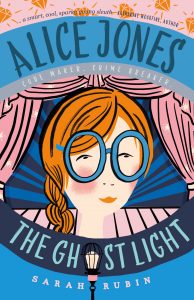 It's nearly the BEST time of year again: YALC WEEKEND!!! Yup, the weekend where all the wonderful book people converge in one room of dreamy bookish heaven is nearly here. Team Chicken will be setting up camp for the whole weekend – come and visit our stall for some GREAT book chat, discounted YA reads and (of course) freebies! Here's an idea of the stuff we're doing over the weekend ... END_OF_DOCUMENT_TOKEN_TO_BE_REPLACED

It's Valentine's Day! Why not start off the most romantic day of the year with some of our most romantic reads? Whether it's an epic time-slip romance, a hilariously awkward teen comedy or a dark and dangerous Mafia tale: we've got something for everyone ...  END_OF_DOCUMENT_TOKEN_TO_BE_REPLACED

Inferno is out today!

To celebrate the release of Inferno, the second explosive installment in the Blood for Blood trilogy, today we have a guest post from author Catherine Doyle!  END_OF_DOCUMENT_TOKEN_TO_BE_REPLACED

You love them, yet you know you should hate them. Here are the ones that make the butterflies in my stomach just start buzzing away …

END_OF_DOCUMENT_TOKEN_TO_BE_REPLACED

There are so many women in literature who I just want to be – so many that I actually had to draw up a list to narrow down before writing this top 5. I’m very aware that there are some very important heroines who aren’t in this list (‘WHERE IS KATNISS?’, the reader cries) so these are just a fraction of my top heroines. To list them all would mean writing for weeks. END_OF_DOCUMENT_TOKEN_TO_BE_REPLACED

Only TWO MORE DAYS until YALC!!! Have I given away how excited we are? We have got a whole host of treats for YALC-goers (not least lots of fabulous book chat from Chicken House staff) which can all be found on our publisher stand in the Book Zone. Come and chat to us about your favourite YA (we LOVE to talk YA) and nab a couple of freebies! END_OF_DOCUMENT_TOKEN_TO_BE_REPLACED

The thrilling sequel to Vendetta, first in the Blood for Blood trilogy ...

Sophie’s life has been turned upside-down, and she’s determined to set things right. But Nic, the Falcone brother who represents everything she’s trying to forget, won’t give up on their love – and it’s Luca’s knife she clutches for comfort.
Soon another Mafia clan spoils the fragile peace – and with her heart drawn in one direction and her blood in another, Sophie’s in deeper than ever …

Catherine Doyle was born in Ireland in 1990. Her debut YA novel, Vendetta, is inspired by Shakespeare’s Romeo and Juliet and classic Mafia culture, and set in modern-day Chicago, where Catherine’s mother grew up. The sequels, Inferno and Mafiosa, are out now.

Today we're kicking off Catherine Doyle's blog tour for her thrilling YA romance VENDETTA! Romeo and Juliet meets The Godfather, VENDETTA is a gritty, romantic and totally compelling story you won't want to miss!

For Sophie, it's a long dull summer in the Chicago suburbs until five mysterious brothers move into her neighbourhood. A chance encounter with one of them leaves her breathless. But all is not what it seems.
As the secrets of Nic's Sicilian heritage emerge and Sophie falls deeper into his world, her own family skeletons come to life. Caught up in a twisted game of revenge between two warring dynasties, the choice between love and family suddenly comes at a deadly price.

You can catch posts from now until 4th February at the blogs below:

3rd February - WRITING FROM THE TUB

You can read the first chapter of VENDETTA here!

When five brothers move into the abandoned mansion next door, Sophie Gracewell’s life changes for ever.

When Sophie’s own family skeletons come to life, she must choose between two warring dynasties – the one she was born into, and the one she is falling in love with. When she does, blood will spill and hearts will break …